Home > Books > Edge of the Sawtooth 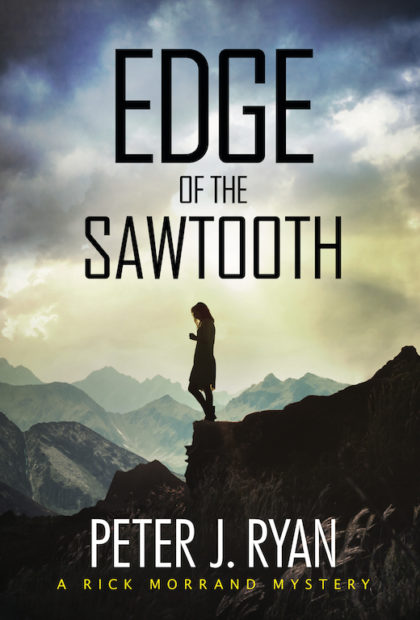 CHLOE MORRAND HAD TURNED HER LIFE AROUND.

She’d been taking her meds. She’d kicked her drug abuse. And she loved her new job at Yellowstone National Park. Life was looking up…

Her father, Rick Morrand—local attorney—is hopeful that Chloe is finally on the right track. But on the morning she fails to show up at his house to pick up her nine-year-old daughter, Abby, alarms ring in his head.

His greatest fear becomes reality when Chloe’s body is found at the base of the Sawtooth in Montana’s rugged backcountry. Authorities assume suicide—for good reason. But Rick doesn’t buy it.

First, former law partner Reiff Metcalf arrives in town to warn Rick about a disgruntled client headed to Montana in search of revenge. Then there’s Draper Townsend, fresh out of prison and eager to settle an old score. Rick also sets his sights on Chloe’s meth-head ex-boyfriend, Chase Rettick, who violently argued with her the day before she disappeared. And he can’t rule out Chloe’s supervisor at Yellowstone, who clearly was more than just her boss.

Local sheriff Caleb Tidwell brushes off Rick’s concerns, but as events unfold in a dark and stormy manner, Rick is certain Chloe was murdered. And it seems as if the murderer is now after him…

Set in the spectacular backdrop of rural Montana, Edge of the Sawtooth takes us on a gripping journey through the torment of mental illness and addiction, the trials of parenthood, and the anguish of broken relationships and personal loss.

Suspense abounds in this entertaining mystery, which is filled with engaging characters and unexpected twists. Clear your schedule when you read this thriller—once you pick it up, you won’t want to put it down.

About the Author
Peter J. Ryan

Peter J. Ryan spent years as a journalist before venturing into the wilds of fiction writing. Edge of the Sawtooth is his first novel. A tireless backcountry hiker and overall outdoor enthusiast, Ryan splits time between Huntington Beach, California, and Paradise Valley, Montana. He is married with four grown children and three grandchildren.

Look Inside
Disclosure of Material Connection: Some of the links in the page above are "affiliate links." This means if you click on the link and purchase the item, I will receive an affiliate commission. I am disclosing this in accordance with the Federal Trade Commission's 16 CFR, Part 255: "Guides Concerning the Use of Endorsements and Testimonials in Advertising."

What Readers are Saying…