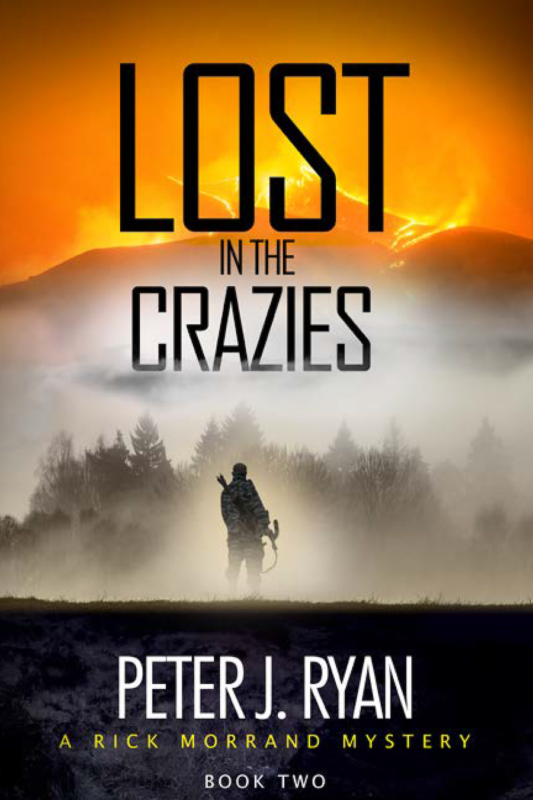 Order Now!
About the Book

GARRETT MCRAE HAS GONE MISSING DEEP in the Crazy Mountains of Montana. His bow hunting partners don’t appear concerned, since they fail to report his disappearance to authorities for nearly four full days.

Rick Morrand, now sheriff of Dexter County, grows suspicious, especially when he learns that one of the fellow hunters, Randall Boone, is rumored to have had an affair with Garrett’s wife, Amber. Rick also finds it troubling that Garrett and Boone had a fistfight in camp shortly before Garrett disappeared.

Amber, meanwhile, seems overly eager to get her hands on the proceeds of a substantial life insurance policy. When confronted, she claims that she needs the money to support her four-year-old disabled child, Gabe.

Early search efforts are complicated by a raging wildland fire. Garrett’s belongings and possible remains are eventually found by a Search and Rescue dog whose attractive female handler knew Garrett well—maybe a little too well.

The discovery of bone fragments and an excessive amount of Garrett’s blood make it hard to avoid concluding the bow hunter is dead. But how exactly did he die? Rick Morrand is hard-pressed to get answers in the midst of personal crises that threaten to distract him from getting to the truth.
Garrett McRae’s disappearance becomes Rick’s trial by fire as new sheriff—in more ways than one.

Peter J. Ryan spent years as a journalist before venturing into the wilds of fiction writing. Edge of the Sawtooth is his first novel. A tireless backcountry hiker and overall outdoor enthusiast, Ryan splits time between Huntington Beach, California, and Paradise Valley, Montana. He is married with four grown children and three grandchildren.

Preview
Disclosure of Material Connection: Some of the links in the page above are "affiliate links." This means if you click on the link and purchase the item, I will receive an affiliate commission. I am disclosing this in accordance with the Federal Trade Commission's 16 CFR, Part 255: "Guides Concerning the Use of Endorsements and Testimonials in Advertising."